The year 2022 may have been off to a rocky start, but we can all still turn our luck around—with the help of SM Supermalls, no less. In celebration of Chinese New Year, your favorite malls have prepared a bevy of “lucky” treats for you to enjoy starting January 16 to February 2, from sulit Buy 1 Take 1 promos to huge discounts (up to 50% off!) and awesome freebies!

That said, don’t forget to regularly check SM Deals, a.k.a. your one-stop source for the best deals, discounts, vouchers, and promos not just this CNY, but all year long. To get you excited, we’re giving you a sneak peek at some of the Lucky Deals you wouldn’t want to miss! Why get just one when you can double your Korean chicken fix from BonChon without spending extra? Order one 1-piece Chicken a la carte and get another one free from January 22 to 23. CNY Deal: Save up to P311 on Zark’s Burgers Holideals Enjoy a family-sized feast at Zark’s for less with their belly-busting offerings. Save P184 when you buy Deal A, which includes one Crackin’ Burger, a Southern Fried Chicken Sandwich, Mac N Cheese Single, Cheesy Nachos, and three Iced Teas for just P599. Or, go for Deal B, which includes their Roast Beef Burger, Three Pointer, Zark’s Bacon All-Star, Mac N Cheese Platter, Cheesy Nachos, and five Iced Teas, all for P899 (save P311!). Offer good until supplies last.

CNY Deal: Enjoy 50% off or Buy 1 Take 1 on selected footwear at Mendrez Mark the start of a new adventure with brand new footwear from Mendrez! Score sleek styles for the home or your casual outings at half price off, or get another pair FREE when you choose from their Buy 1 Take 1 selection. Promo runs until January 31. P.S. You can check out more department store finds via The SM Store.

CNY Deal: Get 50% off The Body Shop Drops of Youth Products 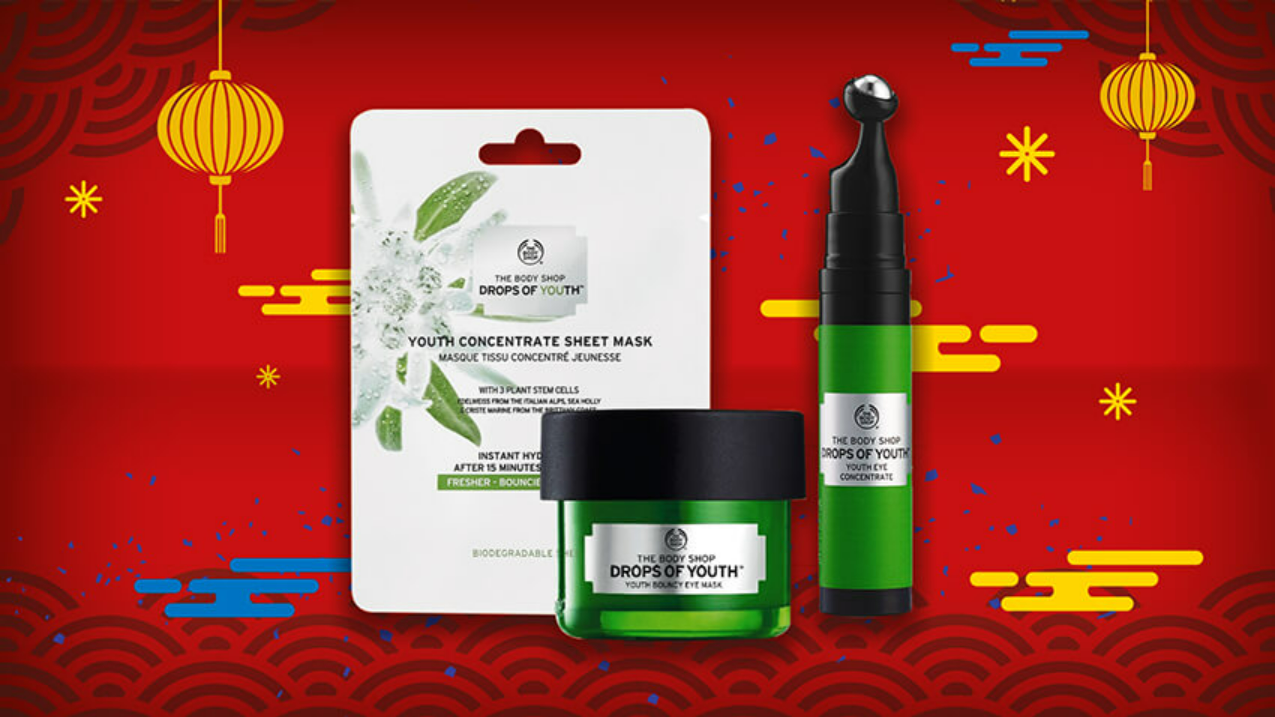 Thinking of starting a new skincare regimen this 2022? Update your beauty arsenal without spending a fortune at The Body Shop. Their Youth Bouncy Sleeping Mask, Youth Eye Concentrate, and Youth Bouncy Eye Mask are at 50% off until January 31 or until supplies last.

CNY Deal: 50% off packages at Strip Ministry of Waxing If you’re due for a wax, here’s your sign to go for it! Get up to 50% off their six-session treatment packages so you can flaunt smooth, hair-free skin just in time for summer. Avail of their Strip Ice Brazilian, Strip Ice Underarm, Strip White Brazilian, or Strip White Underarm Packages to enjoy the discount. This offer is available until March 15, 2022. Treat your brows and lashes to some much-needed TLC with discounted services at Browhaus. Try the Lash Curl Up or Multi Lash in Bloom to rejuvenate your lashes, or go for Brow Resurrection to score semi-permanent brows. Promo runs until March 15.