Whether you’re a K-Drama fan, a southeast asian cuisine enthusiast, or simple just a barbecue and grill lover, there’s no denying the irresistible allure of these japanese recipes and korean samgyeopsal a.k.a. yummy, tasty, grilled pork belly/ barbecue that’s best enjoyed alongside a variety of side dishes, hot white rice, and your fave gochujang (or red chili paste). In Filipino-speak, however, the term samgyeopsal has become synonymous with a serious meat feast—one that features unlimited servings of not just pork, but also beef, chicken, and more meaty goodness.
Hungry? Already feeling that sesame oil and sweet potato in your taste buds? Check out these 10 barbecue and samgyeop restaurants that you can find at SM Malls and get ready to unbutton your pants for a belly-busting treat!
Romantic Baboy Celebrate your love for all things K-BBQ at Romantic Baboy, which lets you nosh on unlimited meats, six kinds of side dishes, rice, Korean soup, and veggies for just P499 per head. They also offer Samgyupsal sets (and more) for delivery, starting at P350. Don’t forget to get a side of their famous cheese, which goes well with everything. Imported straight from Europe, each slice of samgyeopsal (pork belly) is soaked in six signature marinades and aged overnight. A must try: their Favorite Feast BBQ Set (P1,378/good for two) is a mouth-watering spread of pork, beef, chicken, unli rice, soup, side dishes, iced tea, and a dessert to top it all off—that is, if you still have room! Bring the fam and your appetite to Jin Joo to enjoy their USDA Prime meats, which are tasty even without any marinade—the true test of its pure and high quality. There are a ton of sets to choose from, but if you’re really hungry, you can go for their premium choice set (P2,790), which includes a hefty 1,260 grams of meat plus all the yummy side dishes and is sure to fill you right up! Starting at P798 and ranging up to P1,348 per person, you get your unlimited fill of samgyeopsal, along with a mouthwatering number of dishes, like bulgogi, chicken, and more. Some of Gen Korean BBQ House’s food choices, like their Cajun Calamari Red Wine Samgyeopsal, are actually American-Korean-inspired, so you actually enjoy the fusion of two cultures in one dish! Talk about traditional korean food!

Branch: SM by the Bay 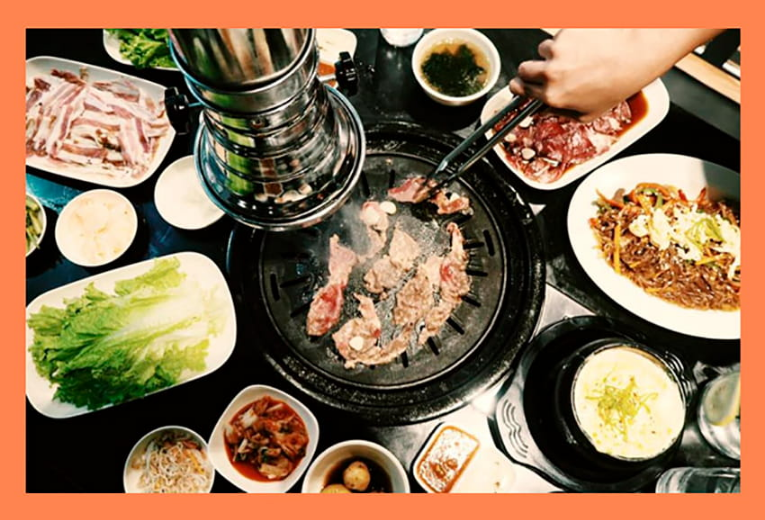 Looking for an affordable group meal? Their Masarap Family Sets start at P1,199 for the pork, P1,299 for the beef, and P1,399 for the combo, good for four people. Even better: They’ve got so many branches at SM Supermalls nationwide so it’s easy to find one near you to satisfy your meat cravings. Budgetarians, this one’s for you! The classic samgyeopsal over at Kogi-Q starts at P399, and you get that along with chicken wings, chorizo, fish steak, beef, and a whole array of side dishes. Get the South Korea samgyup experience with this eat-all-you-can without burning a hole in your wallet! 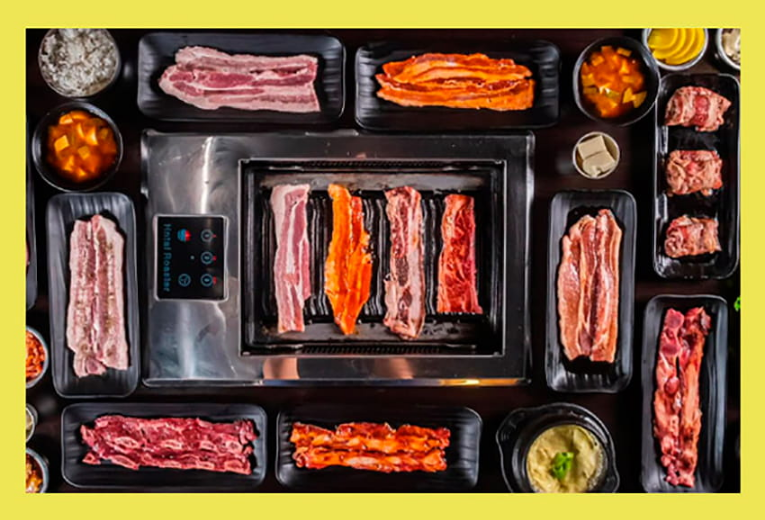 Samgyeopsal House keeps things simple and lets their meats speak for themselves. For unli-pork or an unli pork and beef combo, you’ll be spending less than P500. That comes with heaps of as much rice as you want, side dishes, and iced tea. Who can say no to that? If you’re looking for more variety in terms of what goes with your full-course samgyeopsal meals, look no further than All4U’s unlimited offerings of meat, rice, shrimp, and ramen! Their tabletop grill doubles as a shabu-shabu, so you get an extra soup right smack in the middle of the grill. Awesome add-on, especially when you get all of this for P599!

Sumo Niku holds nothing back in their unlimited yakiniku and authentic wagyu beef, giving you everything in that meaty and flavorful japanese grill with unlimited mozarella cheese sauce. Satisfy your yakiniku cravings for an all-day rate of Php 549 and a whole lot more! Click here to view their branches and don't forget to bring the whole squad! 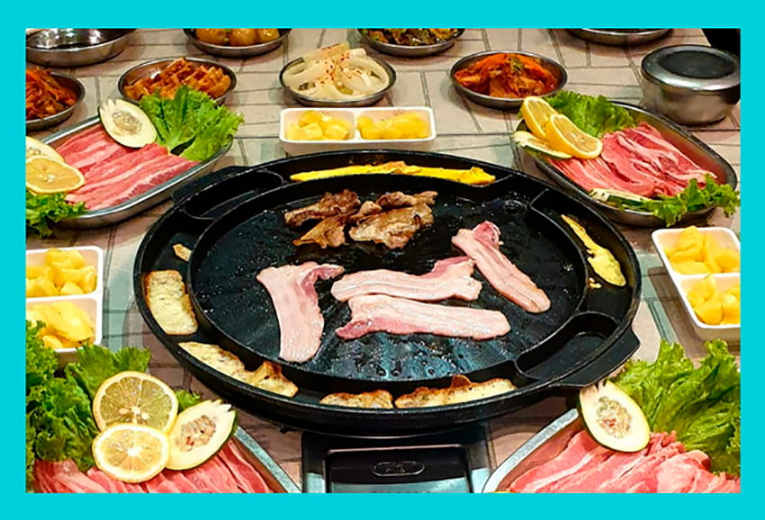 Say “sana all” to their Unli All set for P549, which gives you unli pork belly, side dishes, egg, a pitcher of iced tea, lettuce, and-get ready for this—Angus beef and mozzarella cheese. As yummy as your oppa, right?

Time to treat yourself to a KBBQ fix and #DineInSM now! You can also check out the complete SM Mall directory for more options. Gamsahabnida!